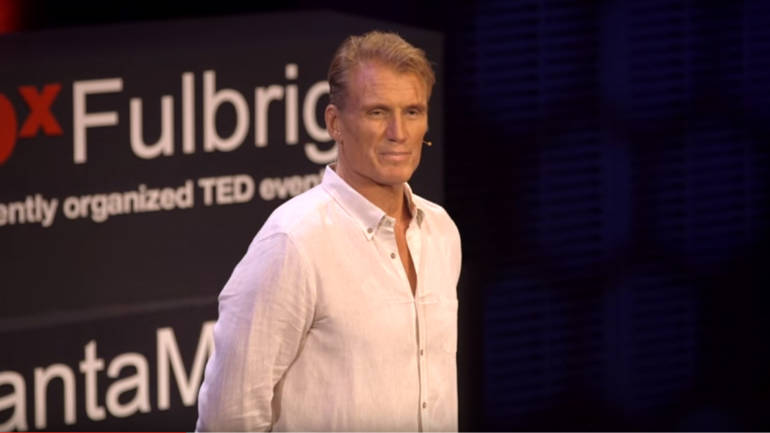 „Dolph Lundgren | On healing and forgiveness“

„The movie Rocky IV turned Dolph Lundgren aka Soviet boxer Ivan Drago into a Hollywood star. Exactly 30 years later the Fulbrighter Dolph Lundgren shares his personal fight worth fighting with a live audience at the Broad Stage in Santa Monica. “If you heal yourself you can heal others” is the message of this surprising TEDxFulbright talk about a fighter who became a social activist.

Best known for his performance in Rocky IV as Ivan Drago, Dolph has starred in over 50 films. He was awarded a Fulbright to MIT after graduating at the head of his class in chemical engineering at the Royal Inst. of Technology in Stockholm. He also completed an exchange program with the University of Sydney.
Tags: